On June 3rd 2017, selected texts from The Scandinavian Somali Scene project will be presented at a reading at Teater Sort/Hvid as part of the Danish theatre festival CPH STAGE. And June 8th the reading can be experienced in Malmø – 7pm at Verkstan, Malmö Opera.

Scandinavian Somali Scene is a platform intended for young Scandinavian Somalis to strengthen their ability to make their voices heard in the art scene. By building a strong professional art network, the project offers young people with an artistic commitment the opportunity to gain and further their skills in storytelling and writing as well as to meet and exchange their experiences and stories.

Thanks to our partners in Sweden and Norway, the workshop concept from Danish Somali Storytelling Academy 2015 is revived in Malmö and Oslo during Spring 2017. The Malmö workshop is arranged in collaboration with the Somali cultural organisation Hidde Iyo Dhaqan, Unge Teatern/Malmö Stadsteater and Operaverkstan/Malmö Opera.  The Oslo workshop is arranged in collaboration with Den Mangfaldige Scenen.

It is our great hope that the texts and stories will spread into theatres and artspaces all over Scandinavia just like it happened with the performance I Am Also Somalia! 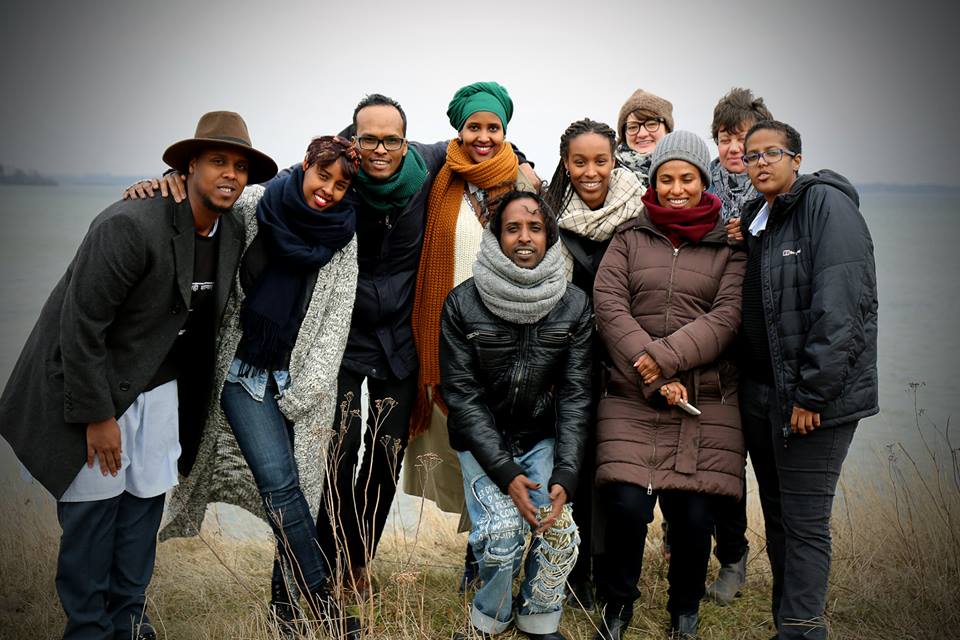 The Danish Somali Storytelling Academy back in 2015, was a project where seven young Danish-Somalis with artistic aspirations met with the American-Somali spoken word artist Abdi Phenomenal and the Norwegian-Somali writer and debater Amal Aden for at writing workshop. Abdi and Amal shared their stories with the participants; stories about their flight from civil war and about challenges that they met when trying to express themselves and their experiences artistically. Inspired by those stories the participants began to produce texts about their own personal experiences with related topics; they wrote about civil war, about the life as a refugee in Denmark, about lost parents and relatives, about veiled women and about humoristic cultural misunderstandings.
The workshop was finished of with a reading during CPH STAGE 2015, where the texts were presented accompanied by music by the Danish-Somali musician Bashir Billow.

FROM STORY TELLING ACADEMY TO “I AM ALSO SOMALIA”

Selected parts of the scenic material from the reading has since been developed further by Ditte Maria Bjerg in close collaboration with Theatre Sort/Hvid and numorous Somali interlocutors. The final result was the performance I AM ALSO SOMALIA that opened in February 2017 in Pakhus 11 – three of the performers; Moeisha, Jihaan and Bashir were all earliere participants of The Danish Somali Storytelling Academy 2015. 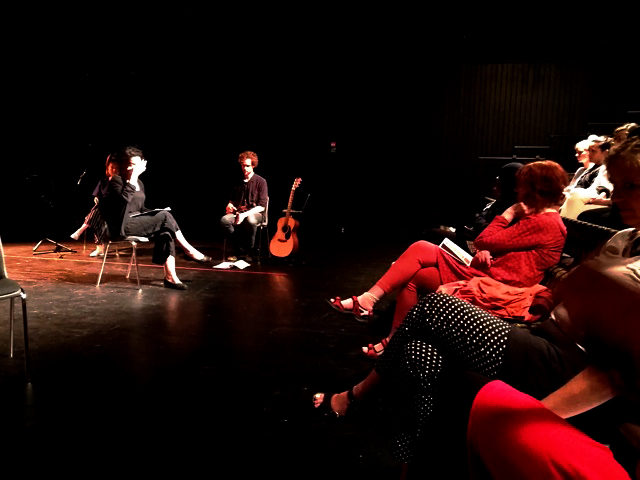 Warning: count(): Parameter must be an array or an object that implements Countable in /var/www/globalstories.net/public_html/wp-content/plugins/custom-menu-wizard/include/class.walker.php on line 343